Congratulations to three of our Westmount students as they made to the global round of the World’s
Scholars Cup and also made to the Tournament of Champions held at Yale. We were super
excited when they announced at the closing ceremony that the Westmount team got first place
in team debate among 400 teams at the Tournament of Champions. No one ever expected such
amazing results since they were competing with top private schools from all over the world. We
are so proud of them! One member of the team also got 8 gold medals and 2 silver medals in writing and scholar
challenge. 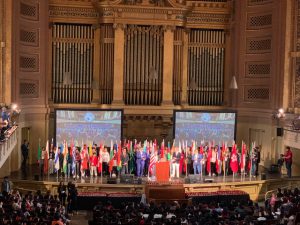